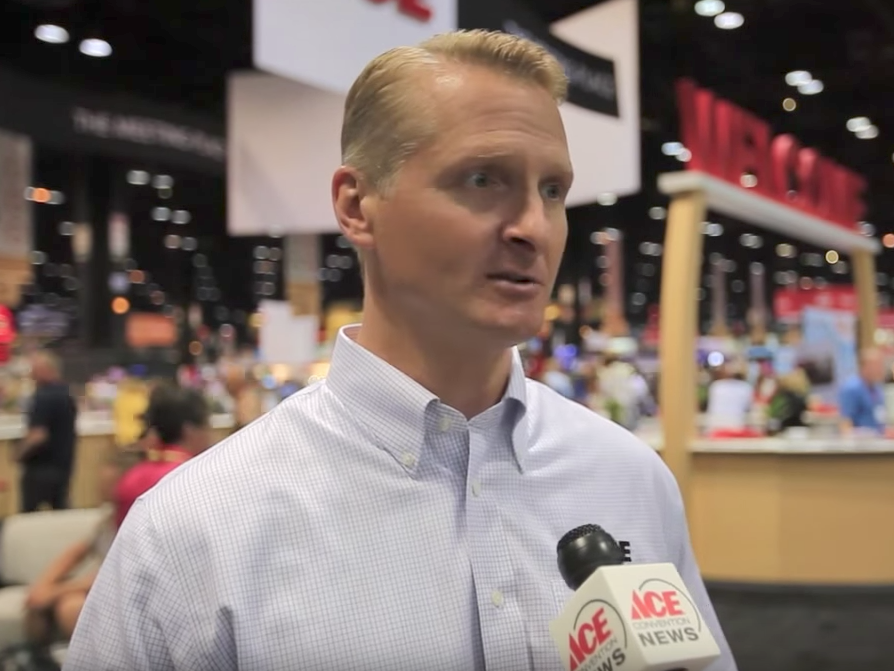 Retail is in peril, and Amazon is a big reason why.

But home improvement stores have enjoyed some protection from Amazon’s encroachment into virtually every sector. They’re sometimes described as being Amazon-proof in the media.

“I would never use the word ‘proof,'” said John Venhuizen, the CEO of Ace Hardware.

Amazon is “quite arguably the most disruptive company in the history of business and they impact everybody without question,” Venhuizen told Business Insider.

That Amazon can lose money to help its customers and still hold Wall Street’s support is “terrifying,” he said. Amazon last month forecast its first quarterly loss in two years.

Investors have sent Amazon’s stock up 31% this year, compared to a 10% gain for the S&P 500. The US iShares home construction exchange-traded fund, which includes major players like Home Depot and Lowe’s, is also surging, up 26% year-to-date.

But home-improvement retailers won’t enjoy endless favor from Wall Street. Take Home Depot, for example, which fell 3% on Tuesday even after smashing analysts’ expectations and raising its guidance for the second time this year. Ace Hardware is privately held and run as thousands of independent stores.

Home Depot shares also fell after Sears announced it planned to start selling its Kenmore-branded appliances on Amazon, and was launching a line of appliances that can be voice controlled with Amazon Alexa.

Longer-term, however, stores like Home Depot and Ace Hardware have three key attributes that can protect their market share from e-commerce giants: what they sell, service, and location.

The nature of the products they sell lends itself to human interaction. Buyers still want to ask a person how things work, or how to mix paint, or which colors to select in the first place.

And the more exceptional the service, the better. “When a local business provides an irrational level of service to their local neighbors, that’s hard to compete with on a big-box or a dotcom national scale,” Venhuizen said. “Every small business can do that.”

Although free shipping is convenient, having thousands of stores near the neighborhoods that customers live in is also a big advantage, Venhuizen said.

Ace Hardware, like other hardware retailers, has billions of dollars worth of inventory sitting in its stores across the country. One way to exploit that is by promoting online pick-ups (online orders that are picked up at a store), essentially blending online and offline strategies.

Venhuizen said Ace Hardware’s online sales grew 61% in the second quarter. 93% of those transactions were picked up in the store. The company is starting to experiment with home delivery, he added.

“Many people like to still physically see and touch and have the five senses,” Venhuizen said. “We had a big 5,000-store celebration [this weekend]. Many of them were out there smoking meat on a grill. You can’t smell that on Amazon.”

In life, making mistakes is inevitable; however, it is not the mistakes that define us but the lessons we learn and the choices we make in response to ...
Read More Proud Partner of Children's Miracle Network Hospitals® - Helping Local Kids
©2021 Ace Hardware Corporation Privacy Policy Terms of Use
Ace Hardware and the Ace Hardware logo are registered trademarks of Ace Hardware Corporation. All rights reserved.
About Ace Hardware - Ace Hardware is the largest retailer-owned hardware cooperative in the world with more than 5,400 locally owned and operated hardware stores in approximately 70 countries. Headquartered in Oak Brook, IL., Ace and its subsidiaries operate an expansive network of distribution centers in the U.S. and have distribution capabilities in Ningbo, China; Colon, Panama; and Dubai, United Arab Emirates. Since 1924, Ace has become a part of local communities around the world and known as the place with the helpful hardware folks.